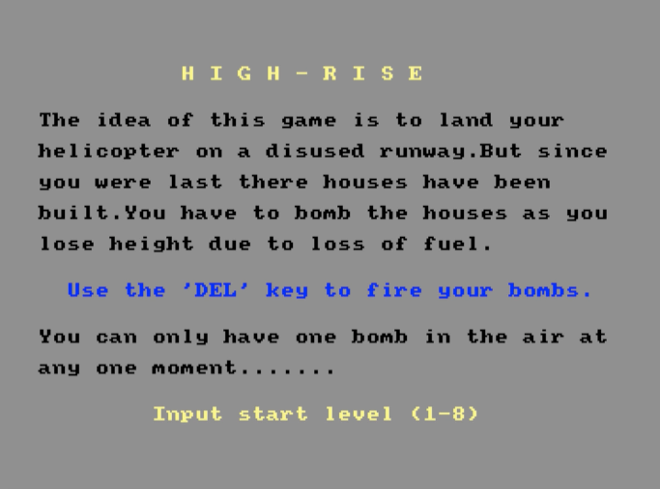 The object of this game is to refuel your helicopter, so you go along to where there used to be a runway. Now, I don’t know how long it was since you were last there, but someone has managed to build an entire town on it. Do you fly off and try and refuel somewhere else? No! You bomb the place of course. You cruel bastard.

Weirdly, there is a game basically the same as this already on the Amstrad Cassette 50, called Whirly. This one is slightly better though.

Also, this is very similar to…