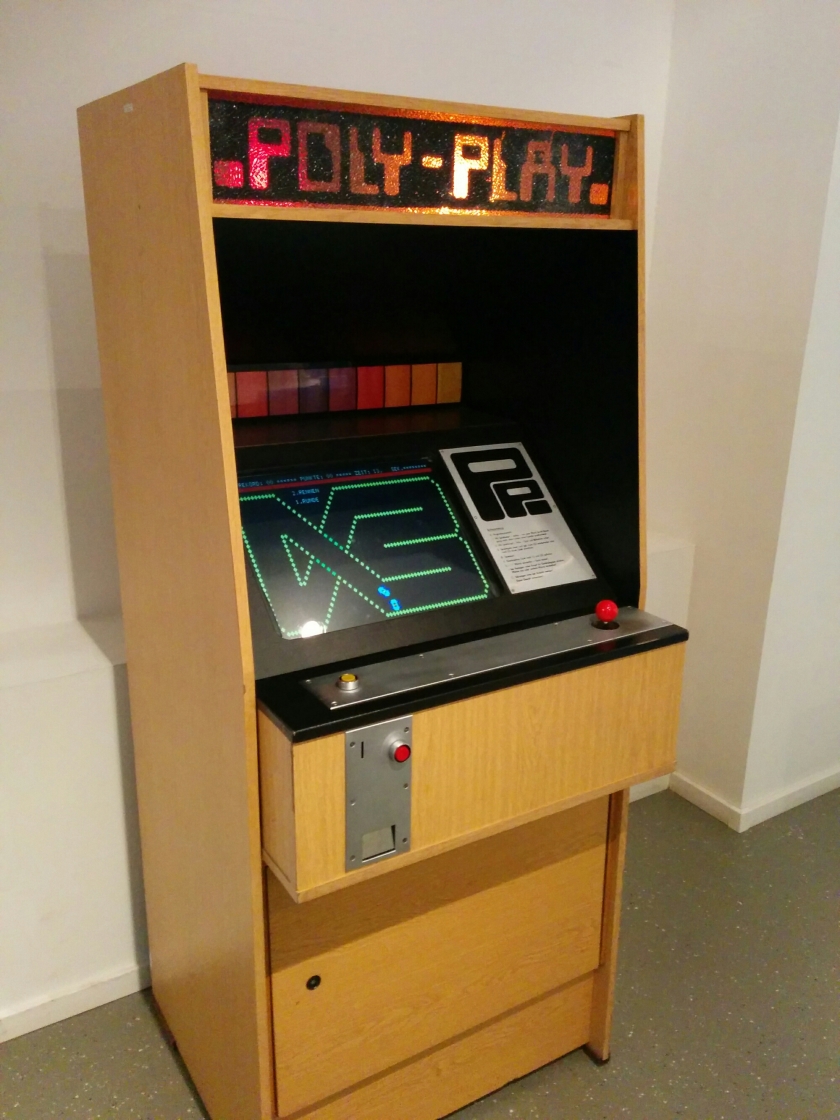 Click to Enlarge
This is the Poly-Play Arcade Machine, one of the rarest arcade machines I’ve ever seen. And certainly the rarest one I have been able to touch – this was the only arcade machine produced in the GDR (former East Germany) and I’m told there are only three left in existence as the remainder were dismantled after the Berlin Wall came down.  I saw this in the Computerspielmuseum in Berlin.

You can actually choose to play a number of different games on it, hence the name. All of them would fit in perfectly on Cassette 50. I played Autorennen, a racing game that was ridiculously easy as my car was placed in a more advantageous position on the track than the other car.

I loved it, form the awfulness of the games to the dodgy joystick, to the communist stylings of the cabinet (this was actually made in 1985, not the late 70s as it it might first appear). Of course, I should have made a video of me playing it but I didn’t, so you’ll just have to imagine how it goes. Or look for it on YouTube.