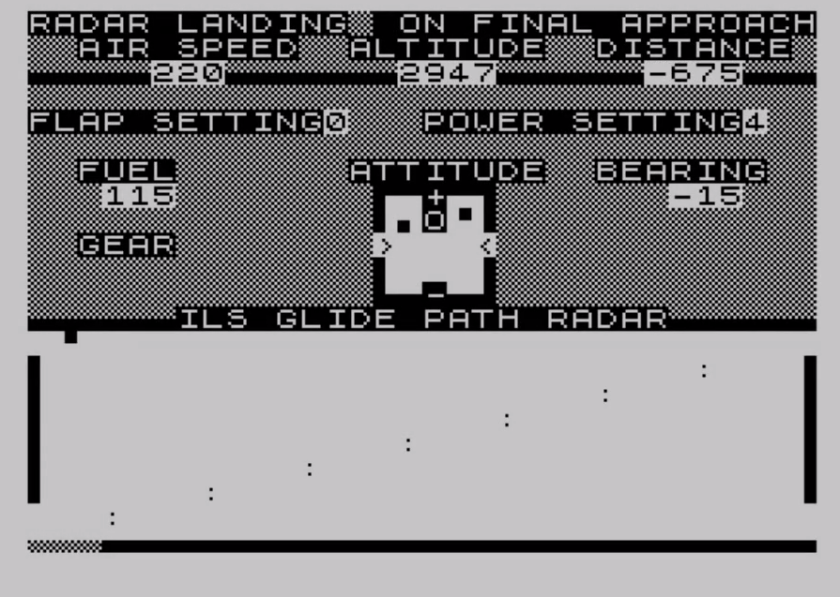 On a plane. Flying a plane. Putting my feet up while the auto pilot does all the work. Do de do de doooo.

Time to land. Shit. Fog. Lots of fog. And an annoying voice in my ear saying “You must attempt to land your passengers safely on the runway in zero visibility”.

Can’t the auto pilot do that?

Then the voice says “The controls do not respond immediately so keep pressing until they take effect”.

The voice is the co-pilot, who evidently doesn’t want to help land these people safely and just wants to irritate and annoy as we go crashing into the ground. Please tell me you were joking and that the auto pilot really can land the plane?

And as it turns out, neither can I.